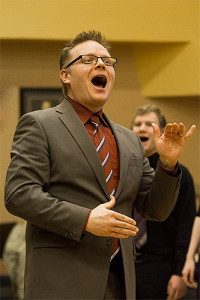 On April 7, 2015, The Singing Network was officially launched!

The day began with a gathering of The Singing Network’s steering committee and community collaborators to share the vision, goals and objectives of the newly-established network, explore possibilities of collaborations and partnerships, and continue the process of framing the ongoing development of the network.

Marian Dolan (Founding Artistic Director, The Choir Project) joined us via Skype to facilitate a stimulating dialogue on networking and building community – global communities. Over lunch we shared from the morning’s small group sessions. Once again we enjoyed invigorating discussion around the potential impact that The Singing Network might have not only in producing some innovative projects but also in bringing people and organizations together in ways that will continue to highlight the power and potential of singing and song in our lives!

The day concluded with the formal launching of The Singing Network with performances by Memorial University Chamber Choir (Jakub Martinec, conductor) and singer/songwriter Anne Devine. Our International Circle of Advisors was introduced (via video – see below), and committee members presented an overview of the five projects planned for 2015.

A wine and cheese reception followed the launch during which there was more lively discussion and networking!