Where to find us….and how to get here

St. John’s is the eastern gateway to North America….one of the oldest cities on the continent, the most easterly point in North America, and the capital city of the Province of Newfoundland and Labrador. St. John’s (YYT) is easily accessible by air as it is just 3 hours from Toronto, 4 from New York City, and 4.5 from London (UK). 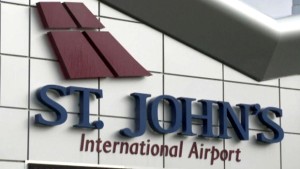 St. John’s International Airport (YYT) is the premier transportation gateway to St. John’s, currently serving approximately 1.6 million passengers annually. On a daily basis, St. John’s International Airport has over 80 arriving and departing flights to and from 12 destinations in Canada, the United States, and Europe (on a seasonal basis), with connections to anywhere in the world. The Airport is only 10 minutes by taxi or car rental from the city centre. Six airlines currently offer scheduled passenger service: Air Canada, WestJet, Porter Airlines, PAL Airlines, and Air Saint Pierre. 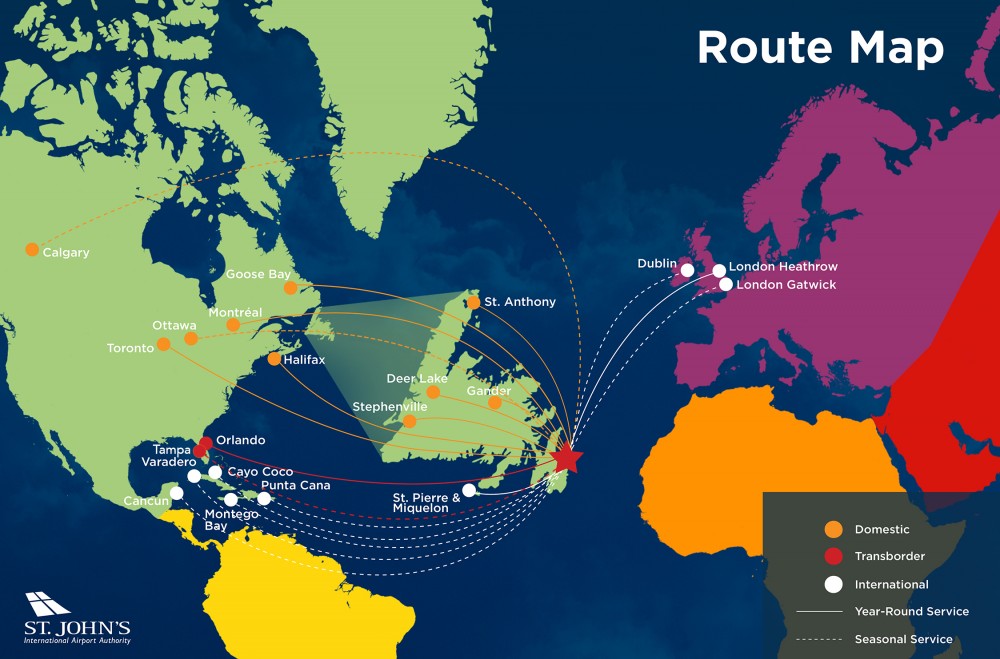 The closest travel hubs are Halifax (1.5 hours flight), Toronto (3 hours) and Montreal (2.5 hours). A number of airlines provide direct, non-stop flights to St. John’s from the following airports, including two international destinations. When booking your flight, make sure that you are traveling to St. John’s, Newfoundland and Labrador (YYT). Other Canadian cites have similar names, so be sure to use the YYT Airport Designation Code. You don’t want to arrive in Saint John, New Brunswick, for the Symposium!

For delegates travelling from Europe, note that WestJet and Porter Airlines each have an interline agreement with Icelandair on connections between North America and more than 20 Icelandair destinations throughout Europe. Traveling with Icelandair would require going through Halifax, but would avoid going through Heathrow (LHR) and would permit a stopover in Iceland (KEF).

Taxi fares from the airport to the city centre are $22-$25. There are no hotel shuttles or  public transportation to or from the airport. The airport is served by several car rental agencies, including Avis, Budget, National, Enterprise, Hertz, and Thrifty.

St. John’s Visitor Information Centres are located in the airport terminal, at 348 Water Street, and in the Quidi Vidi Village Plantation.

You may need a VISA or an Electonic Travel Authorization (eTA) to enter Canada. Information regarding who needs to obtain a temporary Visa or an eTA to visit Canada is outlined at Citizenship and Immigration Canada. U.S. citizens are exempt from the eTA requirement and must carry proper identification such as a valid U.S. passport. If you do require an eTA, it is highly recommended that you apply for the eTA prior to your arrival at your departure airport. Applying for an eTA is a simple online process, and the fee is $7 CAD. The VISA application form is available here.