About The Singing Network – Steering Committee 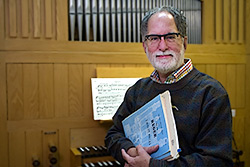 Ki Adams, a native of Birmingham, Alabama, is a retired professor at Memorial University where he continues to teach (sessionally) in the undergraduate and graduate music education programs. In addition to a graduate degree in organ and doctoral studies in education, he has completed specialist diploma programs in both the Kodály method of music education and Orff-Schulwerk. Keenly aware of the impact and power of professional organizations, he has held executive positions with provincial, national, and international music education organizations, most recently Past-President of Choral Canada. He is currently a board member for the International Federation for Choral Music (IFCM) and Treasurer for the World Youth Choir Foundation. Passionate about celebrating choral music and bringing choirs and singers to Newfoundland and Labrador, Ki was a Founding Artistic Director of Festival 500 (1997-2013) as well as Co-Director of the festival’s The Phenomenon of Singing International Symposia (1999-2013), an integral academic component of Festival 500. He is Music Director and Organist at St. Thomas’ Anglican Church in St. John’s. 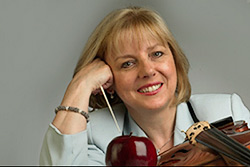 Andrea Rose, Ph.D., is a retired professor of music education at Memorial University of Newfoundland. She is the recipient of several awards for excellence in university teaching including Memorial University’s President’s Award for Distinguished Teaching. In 2012 she was awarded the Queen’s Diamond Jubilee Medal which serves to honour significant contributions and achievements by Canadians and she is a 3M National Teaching Fellow. Andrea has been a researcher with the international research consortium Advancing Interdisciplinary Research in Singing (AIRS) in the area of singing in educational contexts, and specifically online teaching and learning settings. Her current research interests focus on arts and cultural education, critical/creative pedagogy in teacher education, online-based teaching and learning in music, and dialogue-based education and leadership. She is the Founding Director of The Phenomenon of Singing International Symposia (1997-2013) and past Artistic Director of Festival 500 Sharing the Voices international choral festival (2001-2013). 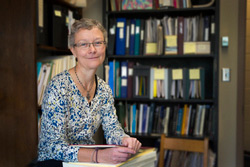 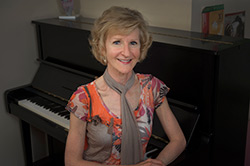 Soprano Jane Leibel has earned praise for her “crystalline, strong soprano” (Opera Canada) and “vibrant, sweet, fresh singing” (The Globe and Mail). She holds a D.M.A. from the University of Michigan in Voice Performance, and other degrees/diplomas from the University of North Texas State, University of Toronto, University of Regina. She has been a prizewinner in the Friedrich Schorr competition, a semi-finalist in the Belvedere International Competition and the winner of the Eckhardt-Gramatté National Competition for the performance of twentieth-century music. She has performed operatic and concert roles with the Vancouver Opera, the Vancouver Symphony, Opera Pacific, the Regina Symphony, the Manitoba Opera, Opera Atelier, Opera in Concert, and has performed recitals with pianist Maureen Volk in Paris, New York and St. Pierre France. She has released 2 CD recordings: Songs and Sonnets and Songs of the Bubble Ring: The Music of John Greer and Clifford Crawley (with the composer, John Greer, as pianist). 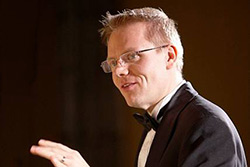 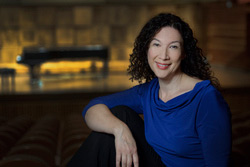 An artist equally at home in concert, opera, and music theatre repertoire, Caroline Schiller, D.M.A., has participated in the creation and performance of opera and concert works with The Banff Centre, The Tanglewood Music Center, The Ottawa International Chamber Music Festival, Neptune Theatre, The Dartington International Institute, and The Indian River Festival. Of her concert and theatre work, highlights include the American premiere of Alexander Goehr’s “Sing Ariel” with the Boston Symphony Chamber Players and her performances in the role of Christine in the original Toronto cast of Phantom of the Opera. Professor of Voice and Opera at Memorial University, she holds degrees from Florida State University, New England Conservatory, and Mount Allison University. Caroline is founder and director of Opera RoadShow/Opéra en tournée, an opera outreach and touring program in its eleventh year, and has commissioned two Canadian operas written specifically for children’s audiences. 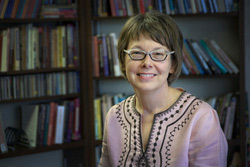 Kati Szego, Ph.D., joined Memorial University in 1995, establishing its program in ethnomusicology. Kati’s interest in cultural border-crossing led her to study the colonial history of music and dance education at the Kamehameha Schools, a K-12 academy for Native Hawaiians in Honolulu. Since then, her work has focused on Hawai‘i and she continues to combine ethnographic and phenomenological approaches with archival research. Ongoing projects on Hawaiian choral music, falsetto singing and yodelling are subsumed by her larger interests in intercultural processes and discourses on vocal production. She is also in the process of reconstructing and interpreting an opera libretto written by Queen Lili‘uokalani, Hawai‘i’s last reigning monarch. Seeking research sites closer to home, while continuing to pursue Oceanic themes, Kati is currently examining the roles of women in the ‘ukulele revival that is now sweeping North America and Europe. She is Editor of the Yearbook for Traditional Music, the flagship journal of the International Council for Traditional Music (ICTM). 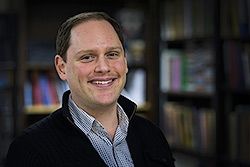 Chris Tonelli, Ph.D., is a 2014-2015 Postdoctoral Fellow with the Institute for Critical Studies in Improvisation at Memorial University. He is currently completing research on histories and social effects of vocal and choral improvisation, with a focus on forms which incorporate extranormal voice techniques. In 2013-2014, he completed the first year of his research in this area in Guelph, Ontario where he formed and led the Guelph Vocal Exploration Choir, a group open to anyone interested in using their voice and devoted to exploration of both free and structured/conducted vocal and choral improvisation. During his 2014-2015 fellowship, Chris has organized the St. John’s Vocal Exploration Choir, a group that meets twice a month to explore these areas. He is the author of multiple articles and book chapters, and his vocal work has appeared recently at Sound Symposium, the Open Ears Festival, and the Audition Records compilation Voix Brutes.